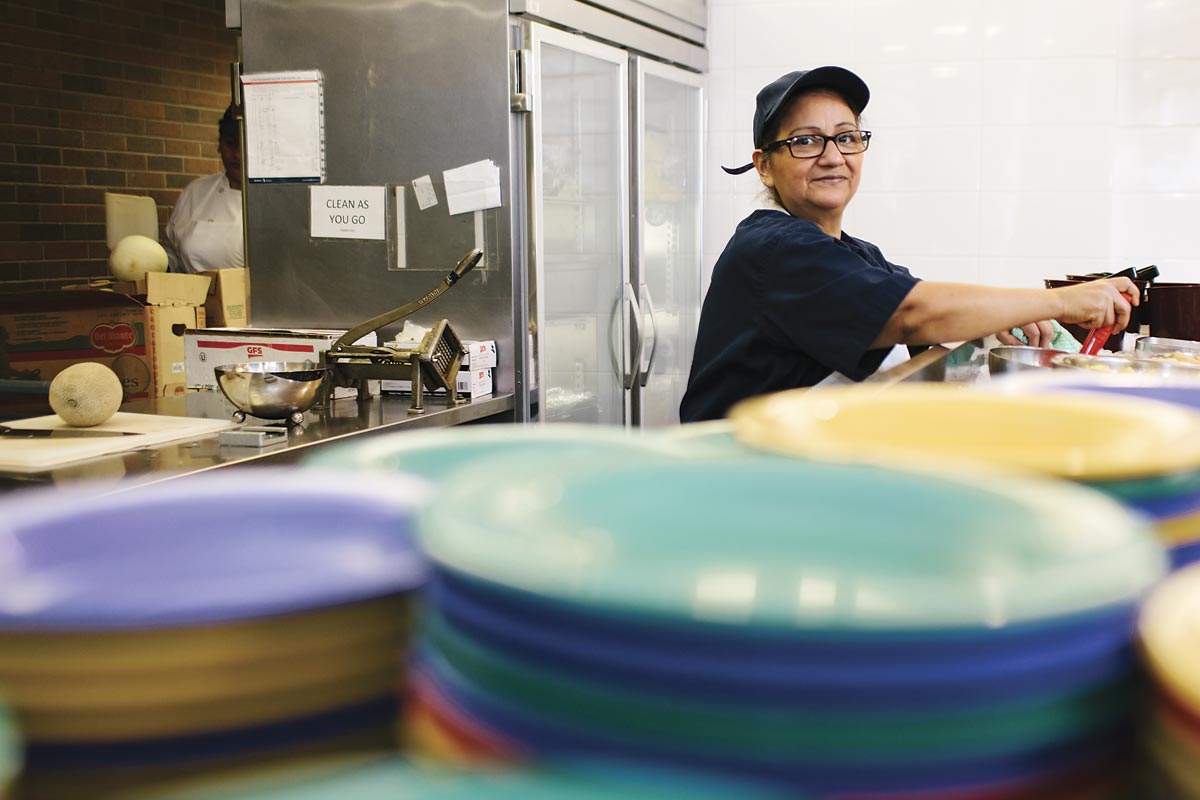 Behind the Scenes in the New College Cafeteria Kitchen

“A student is what you do; it’s not who you are. So everybody who comes here is first and foremost a guest.”

Five litres of chili sauce. Giant carts of chicken legs. Knee-high mounds of chopped melon and pineapple. That’s what it looks like to feed around a thousand students three meals a day—and it’s just a small window into the daily life of Chef James Piggott and his dedicated team at the New College residential dining kitchen.

It’s probably fair to say that most of the peckish who make their way into the Audrey Taylor Dining Hall at 40 Willcocks Street haven’t thought too much about where their meals come from, who made them or the kind of operational finesse it takes to have everything ready to go at just the right time and in just the right amounts. They want to leave sated and satisfied—and ultimately, those are Chef James’s main concerns too. Leading a kitchen team that at peak periods comprises up to 60 staff members, he places a premium on variety and nutritional value. Most of the cooking, about 85 per cent, is done from scratch: that means the Bolognese in the lasagne did not come from a can, and someone in the kitchen chopped all the vegetables in that spicy red curry. Where possible, ingredients—especially produce, milk and certain meats—come from local sources.

The scale is massive: show up at the kitchen’s receiving entrance any Monday or Friday at 6:30 in the morning, and you’ll witness trucks filled to capacity with what Chef James calls the “sundries order,” which generally lasts his staff a mere three days. Poultry arrives three times a week, produce daily except Saturdays and Sundays, and a busy week will see the cafeteria go through 24 20-litre bags of local organic milk. During the regular school year, the dining hall opens its doors at 7 a.m. and closes them again at either 10 p.m. (Mon–Thu) or 8 p.m. (Fri–Sun), doing between 1,750 and 2,100 covers (individual meals) a day. While the pace slows slightly in the summer months, a downsized staff still makes sure to feed participants in summer camps and ESL programs. Plus there are special events and the production of all the sauces, soups, and hot meat items for sale through retailers in the Medical Sciences Building, the Robarts Library and Sidney Smith Hall.

So when Chef James talks “variety” on the menu, he means many things: taking into consideration dietary restrictions (“We want to offer something for everyone”), cultural representation and preferences (after all, 65 per cent of New College residents are international), students’ love for build-your-own-dish stations, as well as creating seven-week rotation menus for two entrées a day (lunch and dinner) that keep everyone happy while achieving a wastage rate of as close to zero as a large-scale operation can accomplish. It’s a challenge, but one he and his team take on with enthusiasm and pride. And they encourage everyone to come see for themselves: for $13.50 a pop, visitors not on a meal plan can partake of the all-you-can-eat meals, including the weekend brunches.

Those who attended NEW in the past may recall a different dining hall experience, with less variety and limited portions. When Food Services at the University of Toronto St. George campus became self-operating in August 2016, the change in philosophy went beyond a greater emphasis on local and sustainably produced food options. Chef James also wanted a distinct approach to the diners the cafeteria served: “A student is what you do; it’s not who you are. So everybody who comes here is first and foremost a guest.” Having his team think in terms of house guests, he claims, “is what pushes you to make sure the soup is seasoned properly, that all the food you put out is good and you pay a bit of attention to how you’re cutting the watermelon. Because you’re feeding visitors, right?”

None of this would be possible without a tight-knit squad of committed professionals collaborating in the truest sense of the word. In the end, community is what it comes down to, Chef James says—in the team, within the college and in the university as a whole. Bon appétit!

People, scale, operational finesse— this is what it takes to get everything just right for diners to enjoy their meals. 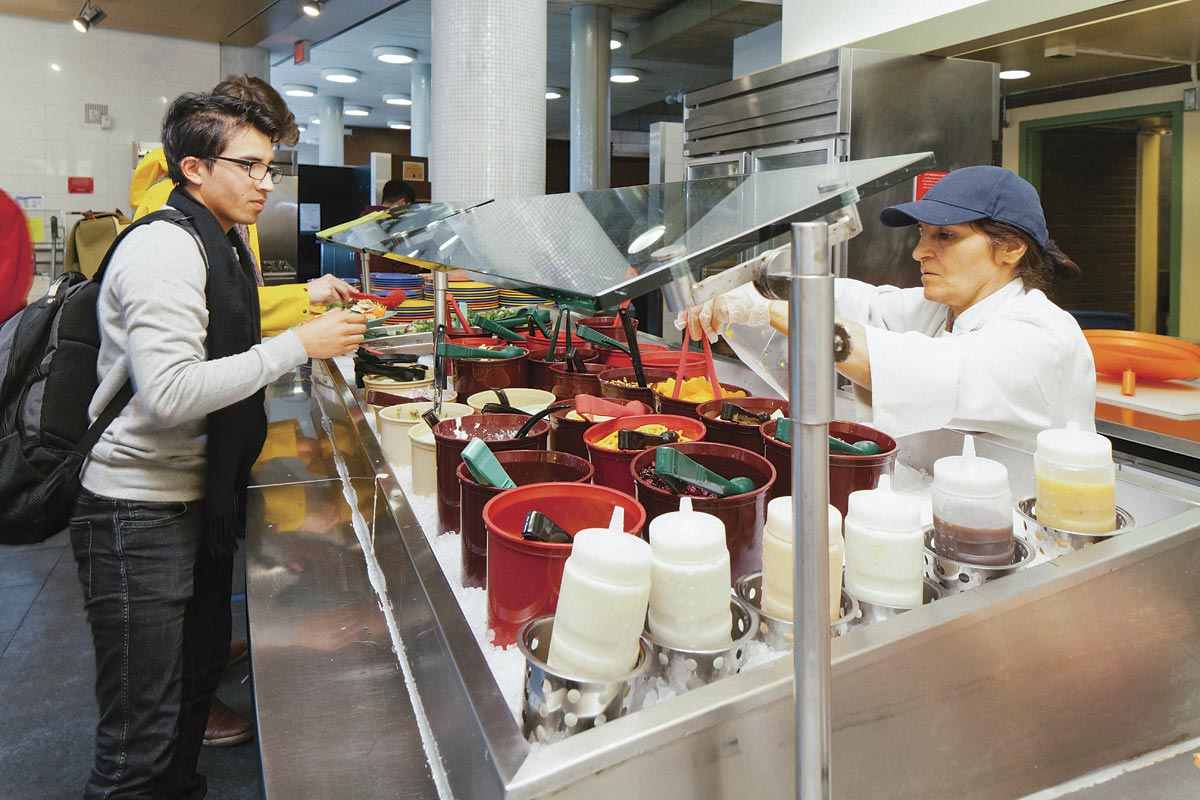 The salad bar makes for a fresh, nutritious choice during meal times. 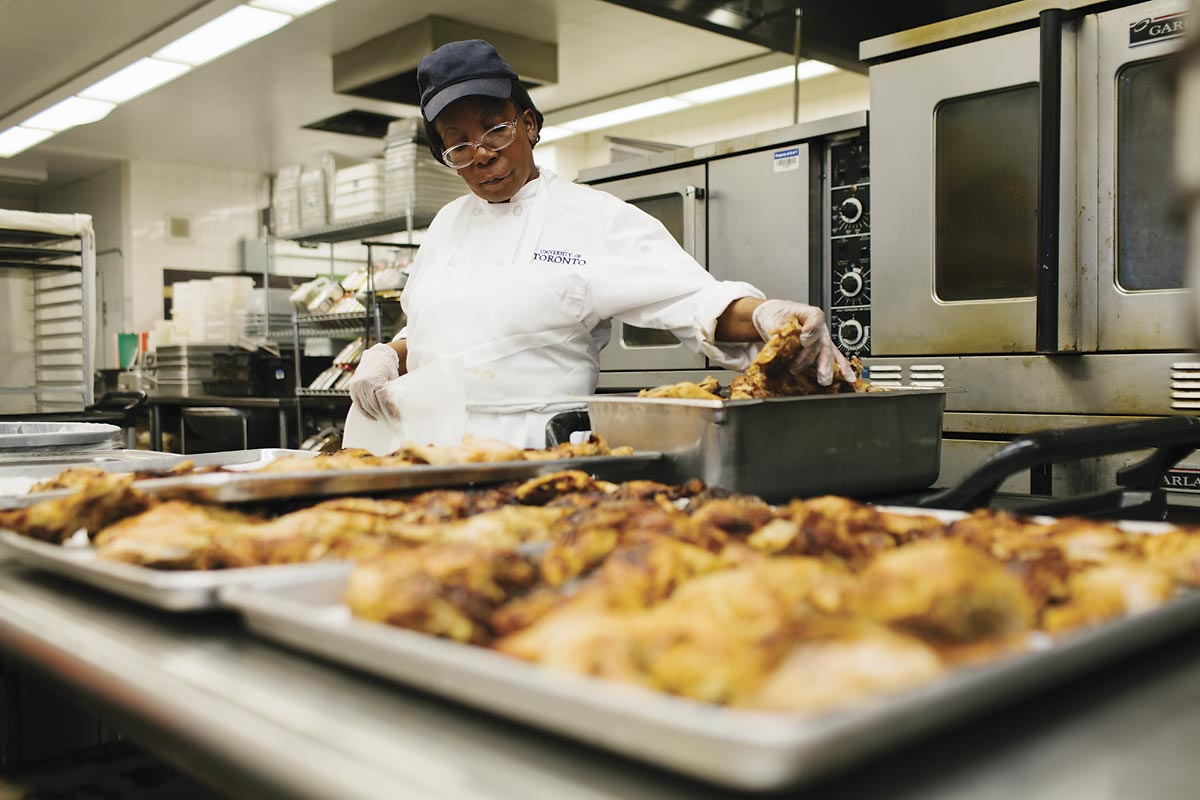 Everything chicken leg is a hit in the cafeteria: guests consume 850–900 pieces per meal period (lunch or dinner) daily. 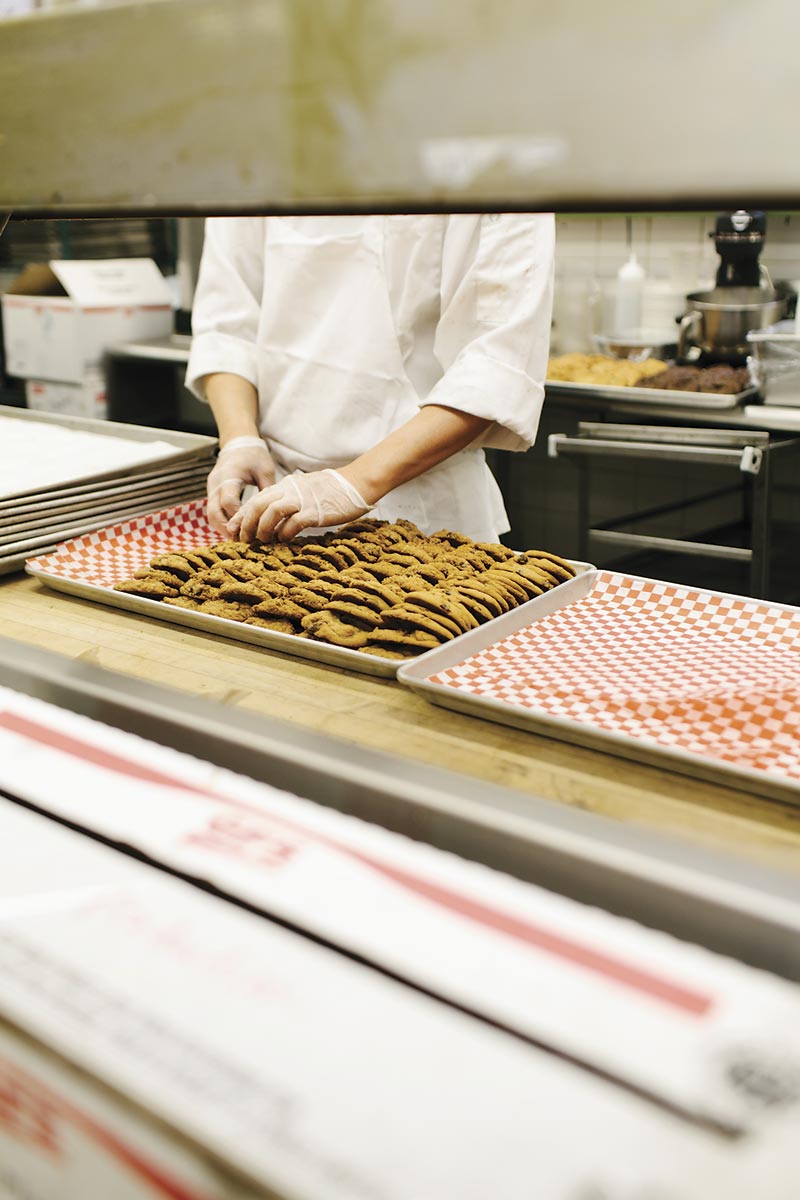 For your sweet tooth

Those in need of a pick-me-up might choose baked sweets. 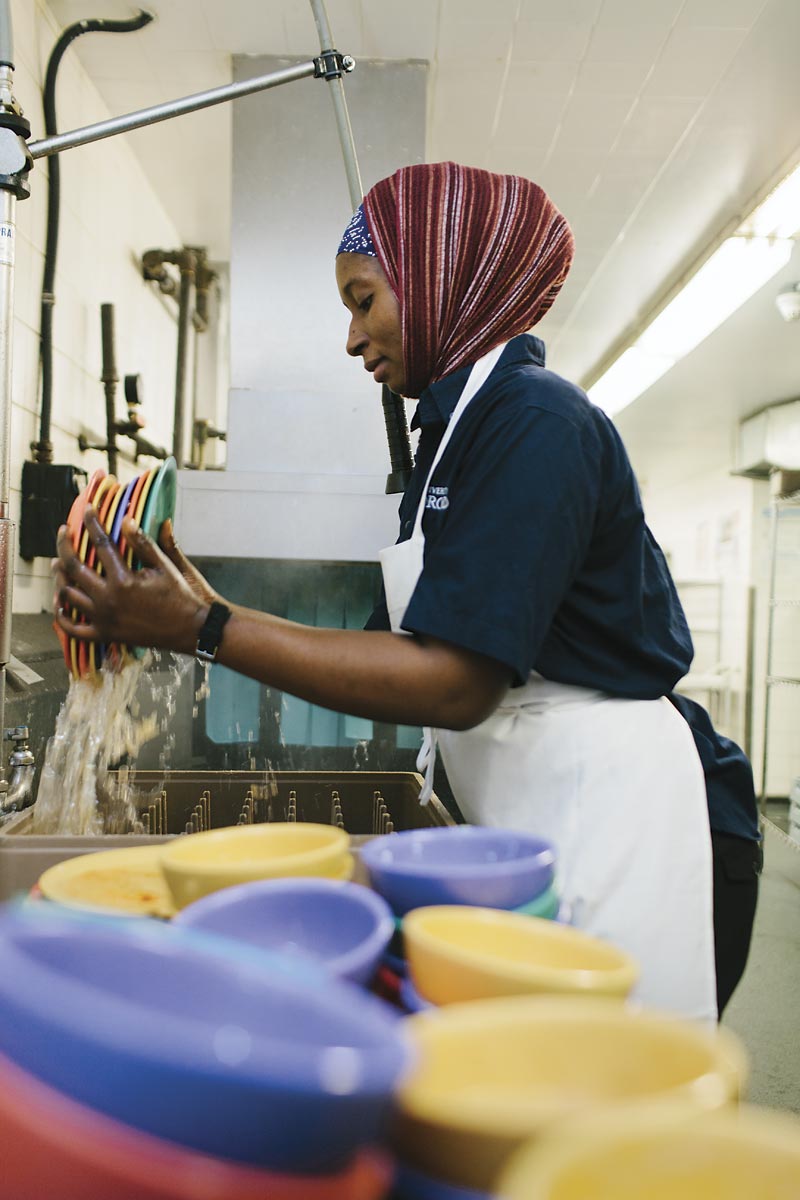 The periods between meals are busy for kitchen staff: keeping everything immaculate adds to a positive dining experience. 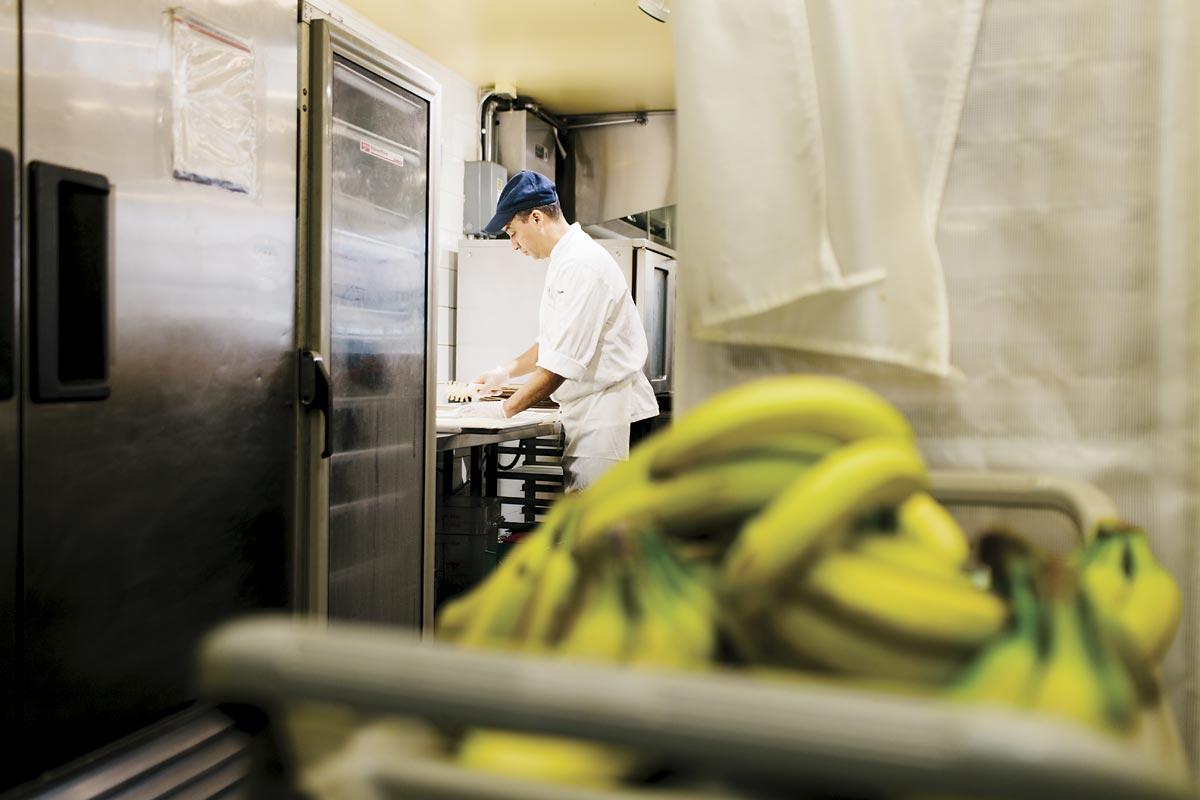 The kitchen goes through three 25-pound cases of bananas a day. 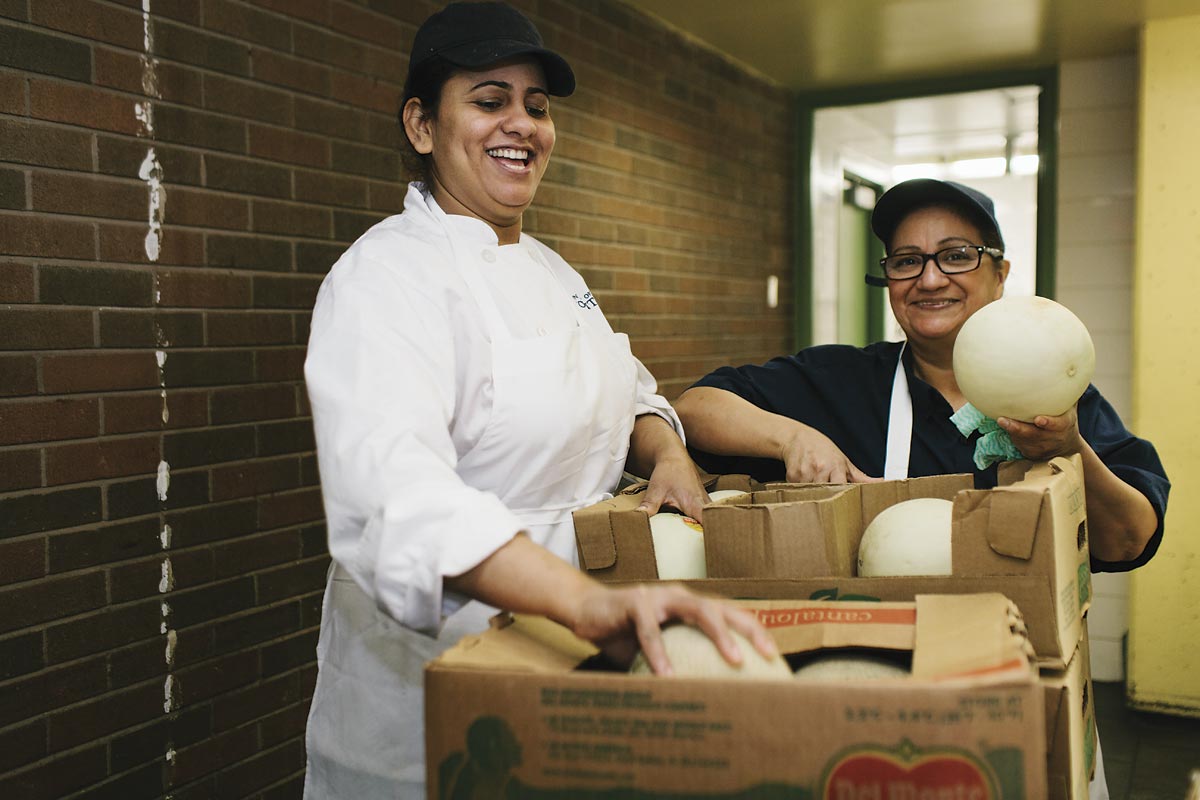 Melons are a staple in the New College kitchen.

The stacked plates at Audrey Taylor Dining Hall add colour to the environment. 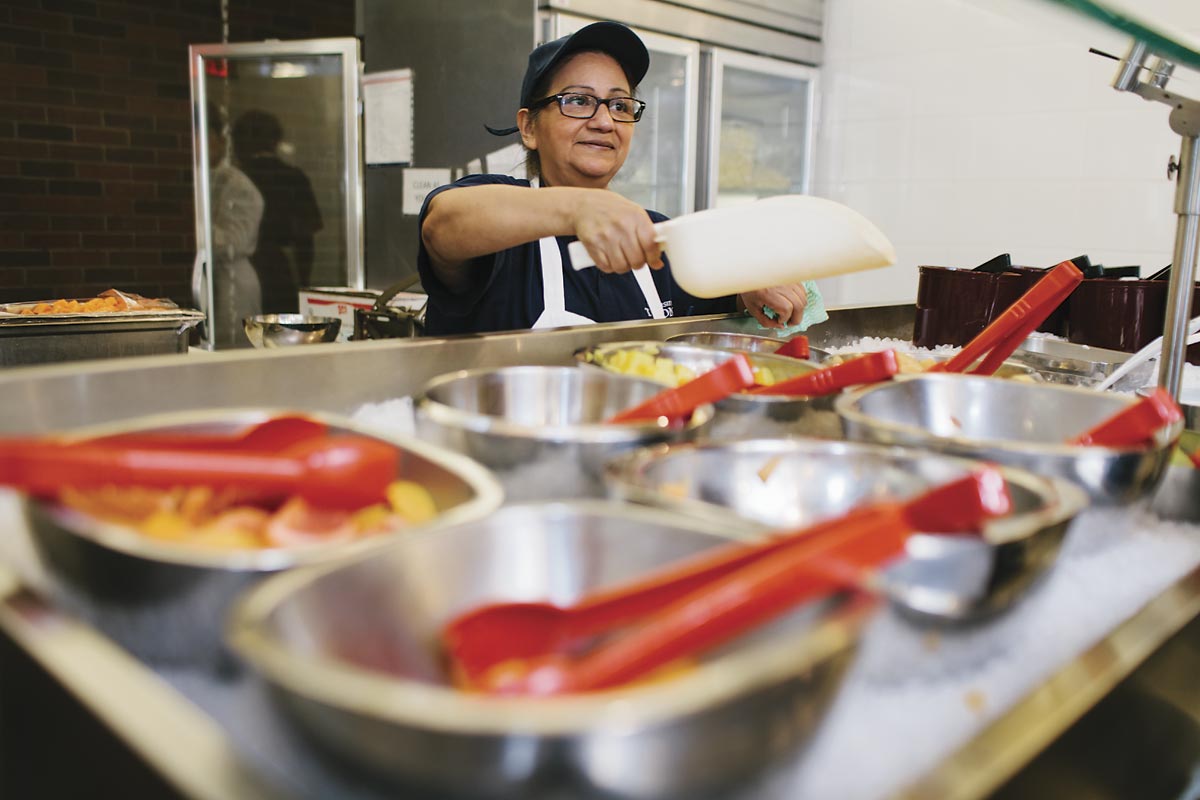 Helping with the choices

Finish it off with dessert: options range from freshly baked goods to a colourful variety of fruits. 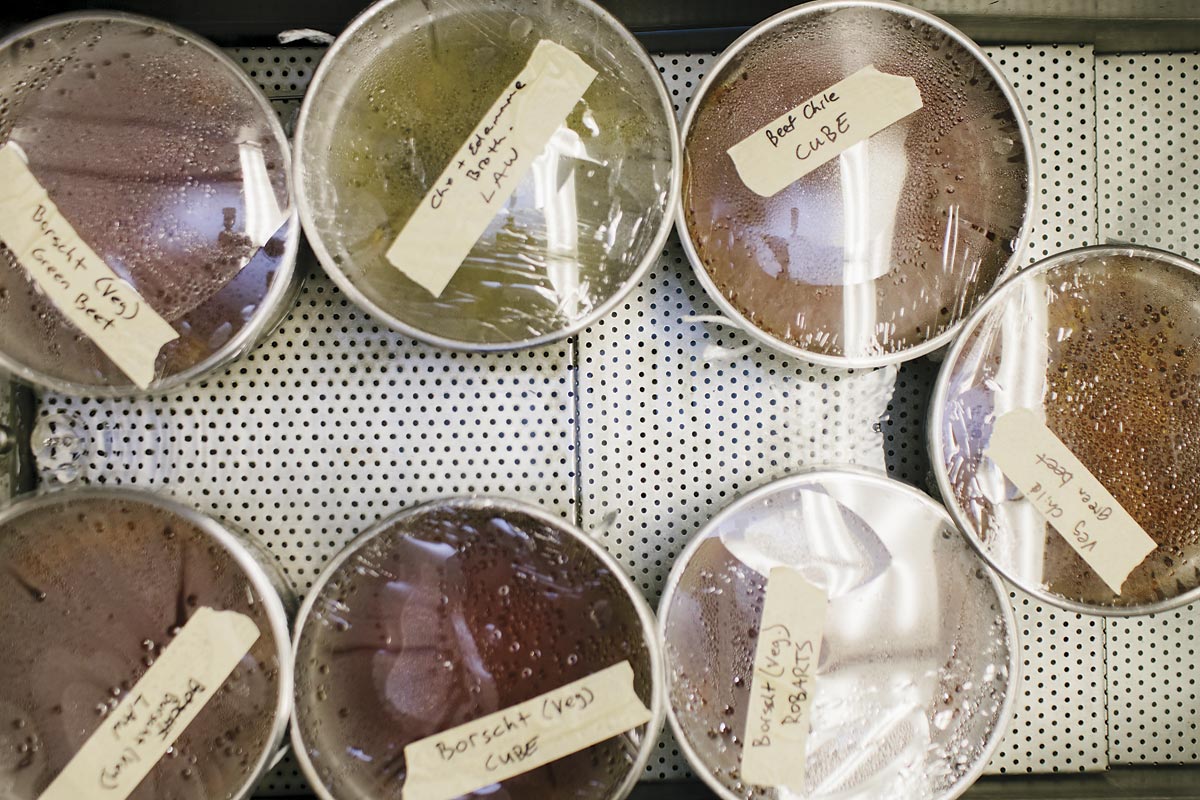 All soups and sauces for sale in retail outlets across St. George campus are prepared in the New College kitchen. 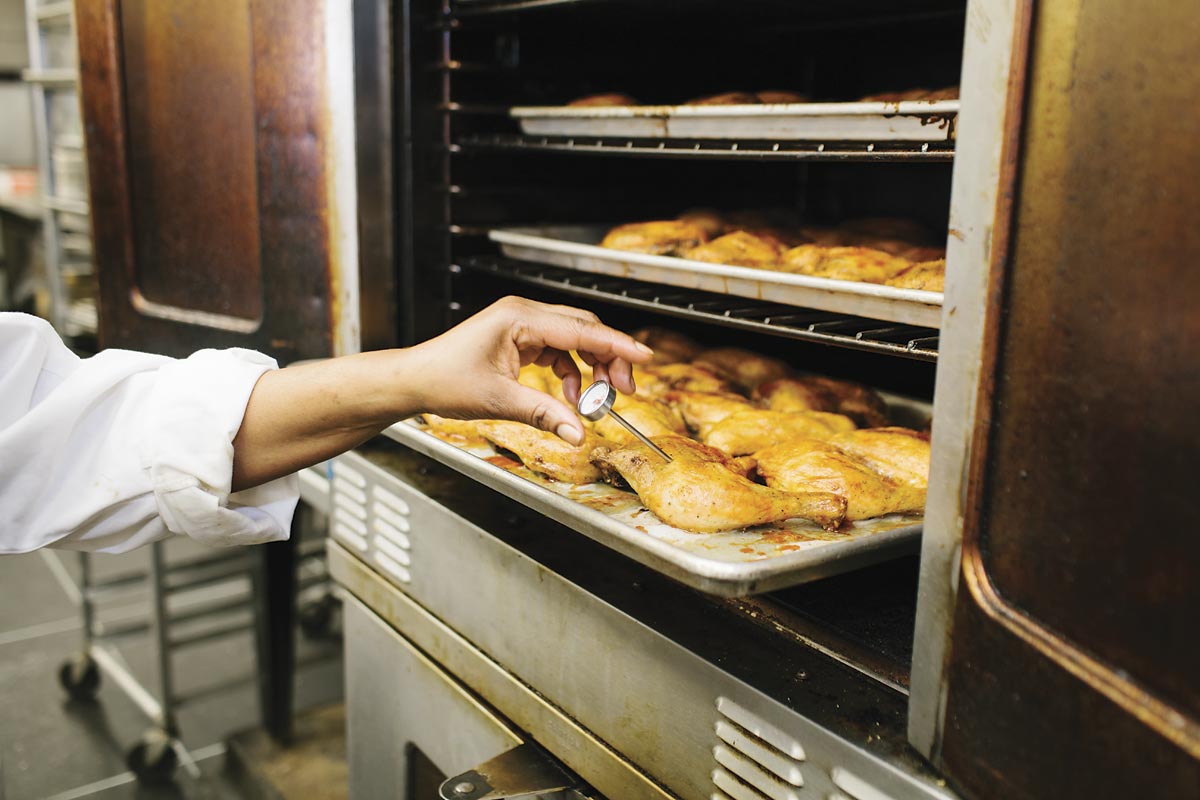 It's all about temperature

It’s about more than just taste: temperature control ensures flavour as well as health. Staff members maintain 17 different logs, measuring everything from food and equipment temperatures to sanitizer strength in the sinks, for a safe food-preparation environment. 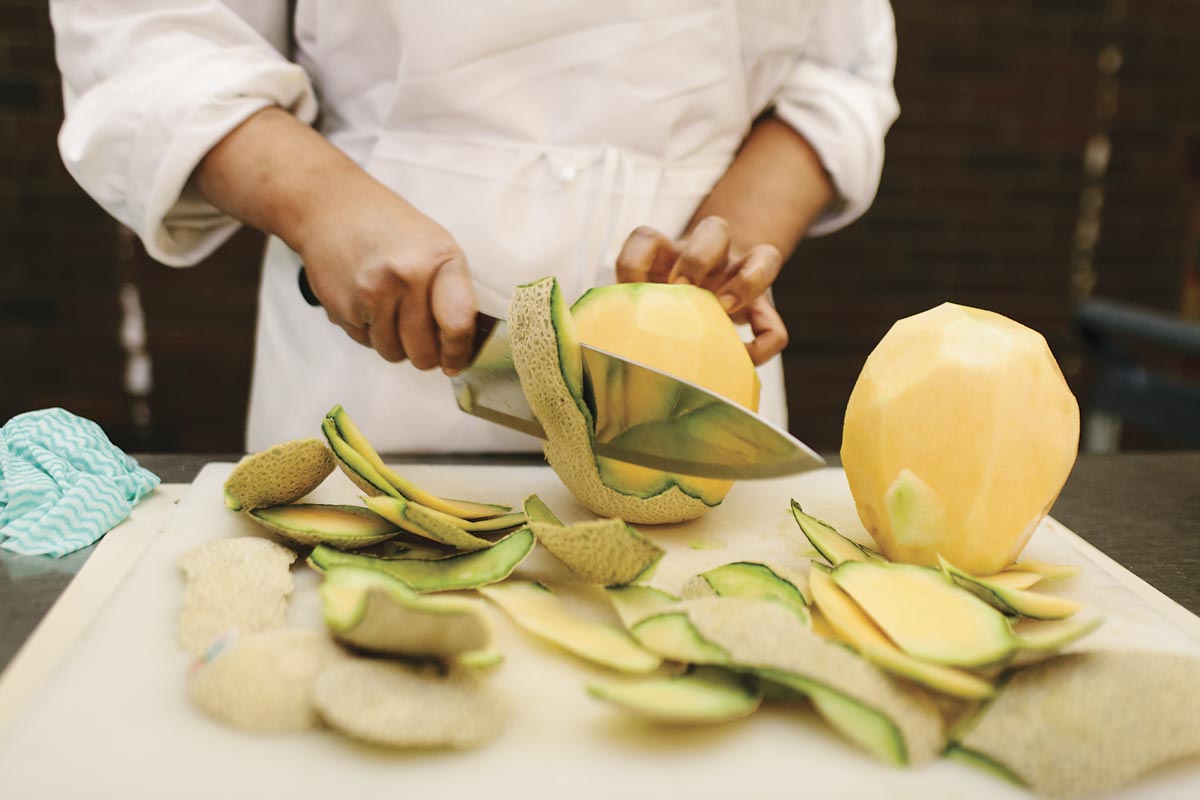 Round deliciousness: kitchen staff prepare up to 730 melons a week, taking care both to present the fruit appealingly and to waste as little as possible. 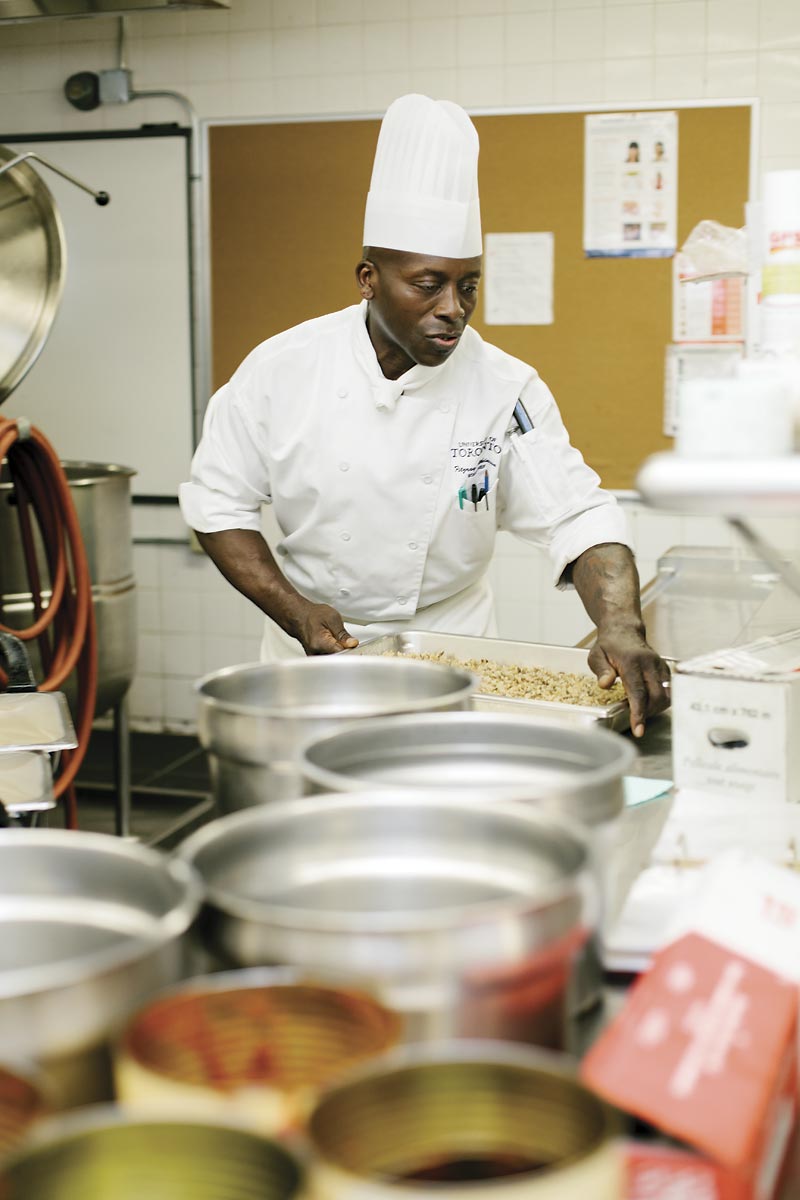 Sous-chef Fitzroy Atkinson, one of the longest-serving employees in Food Services, retired at the end of October 2017. 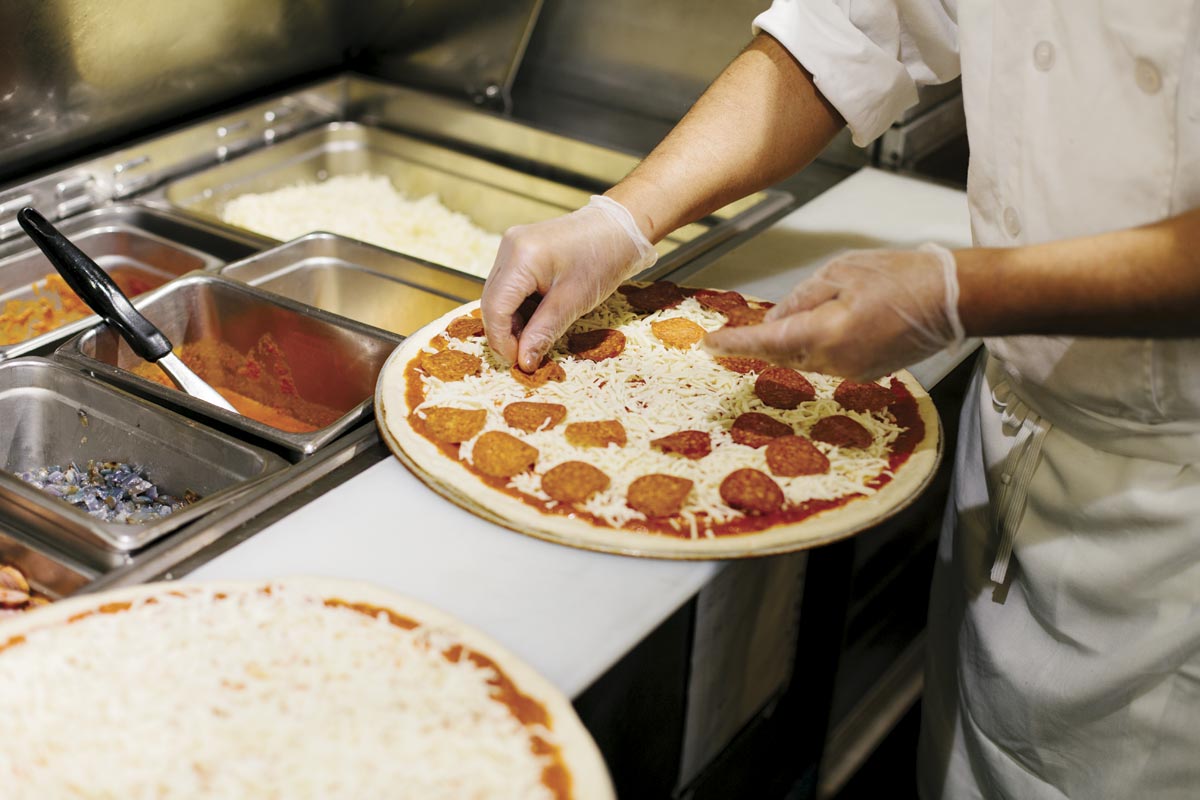 The 16-inch pizzas make for a beloved choice for both vegetarians and omnivores. 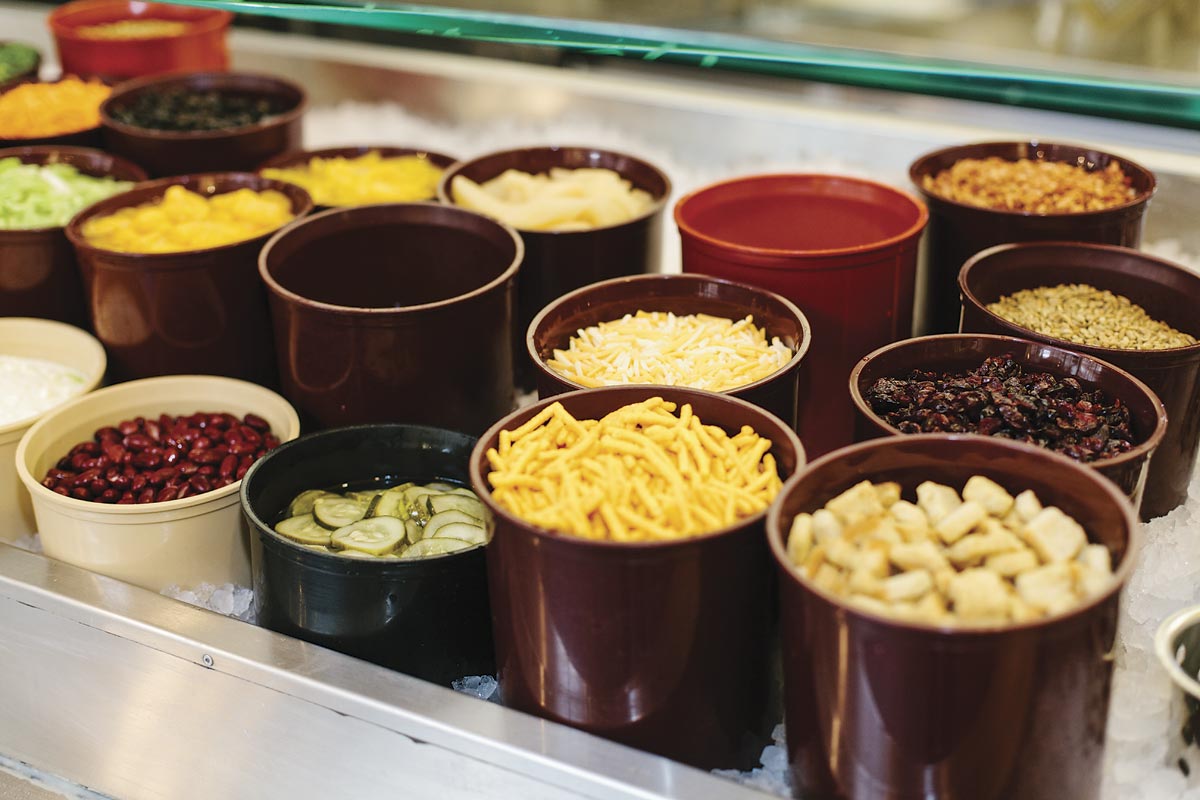 Students love building their own salads. 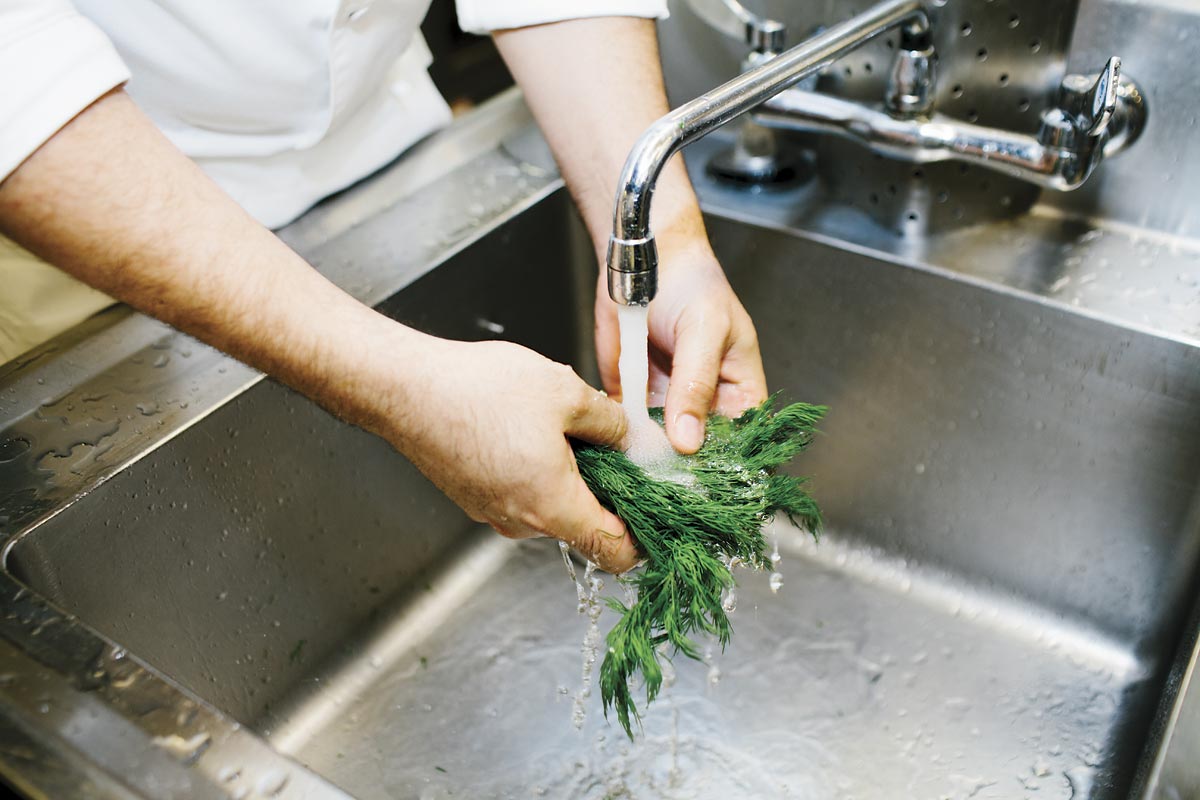 The importance of careful preparation

Diners are guests, so everything, like the dill here, is washed diligently. 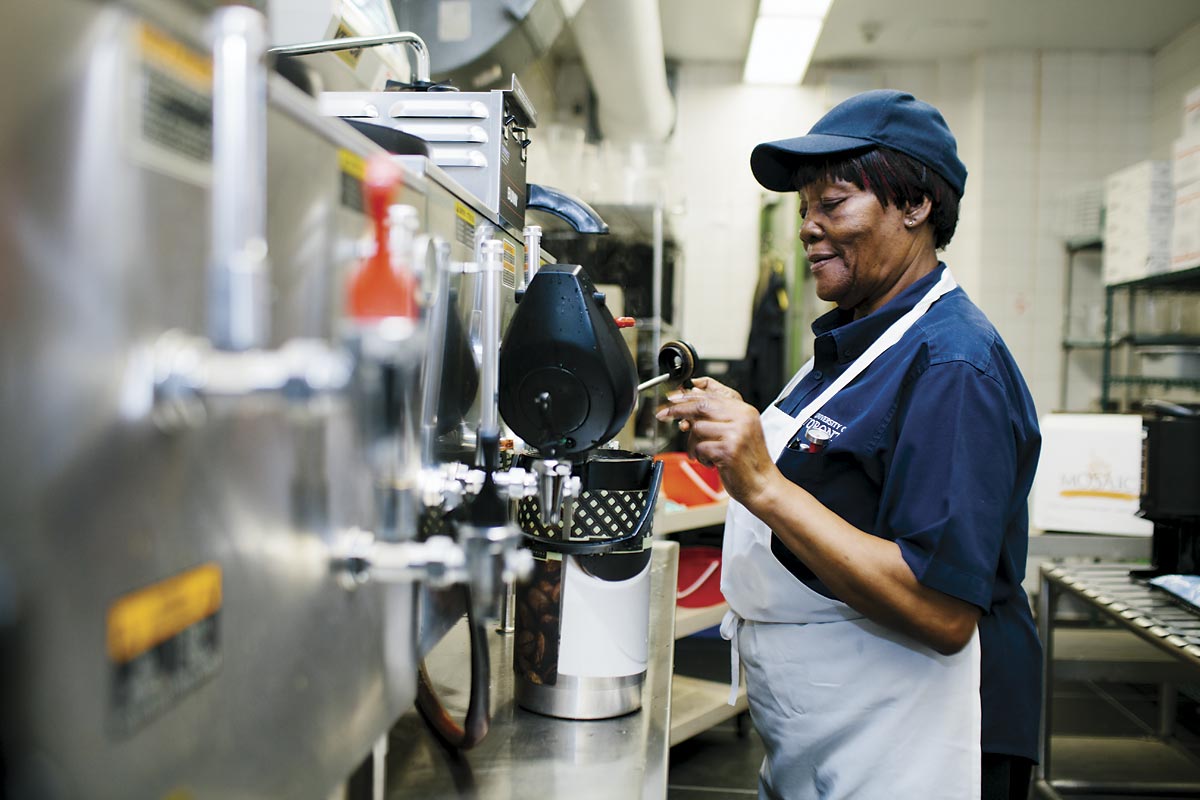 Preparing coffee for on-campus catering—another of the tasks that keeps the New College kitchen busy. 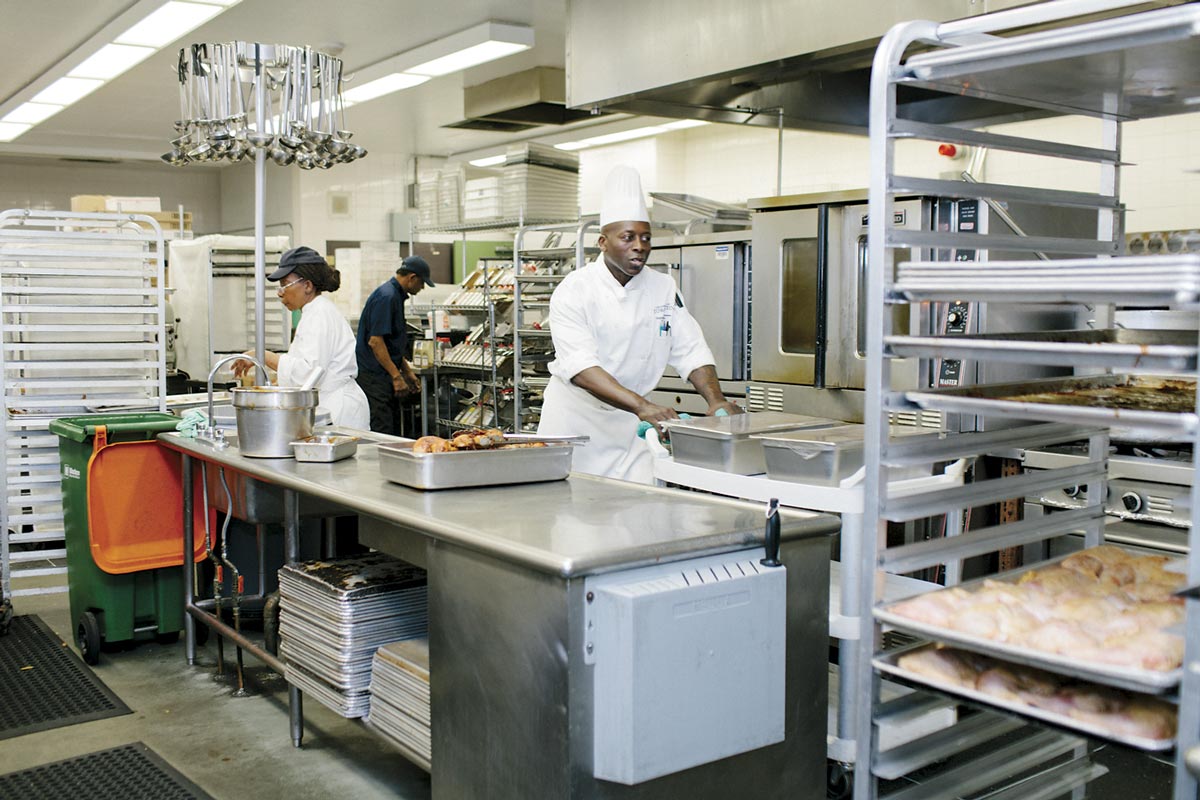 A look into the kitchen

Coordination and organization are key in a large-scale kitchen.

Something for everyone: What might your lunch or dinner at the Audrey Taylor Dining Hall actually look like? 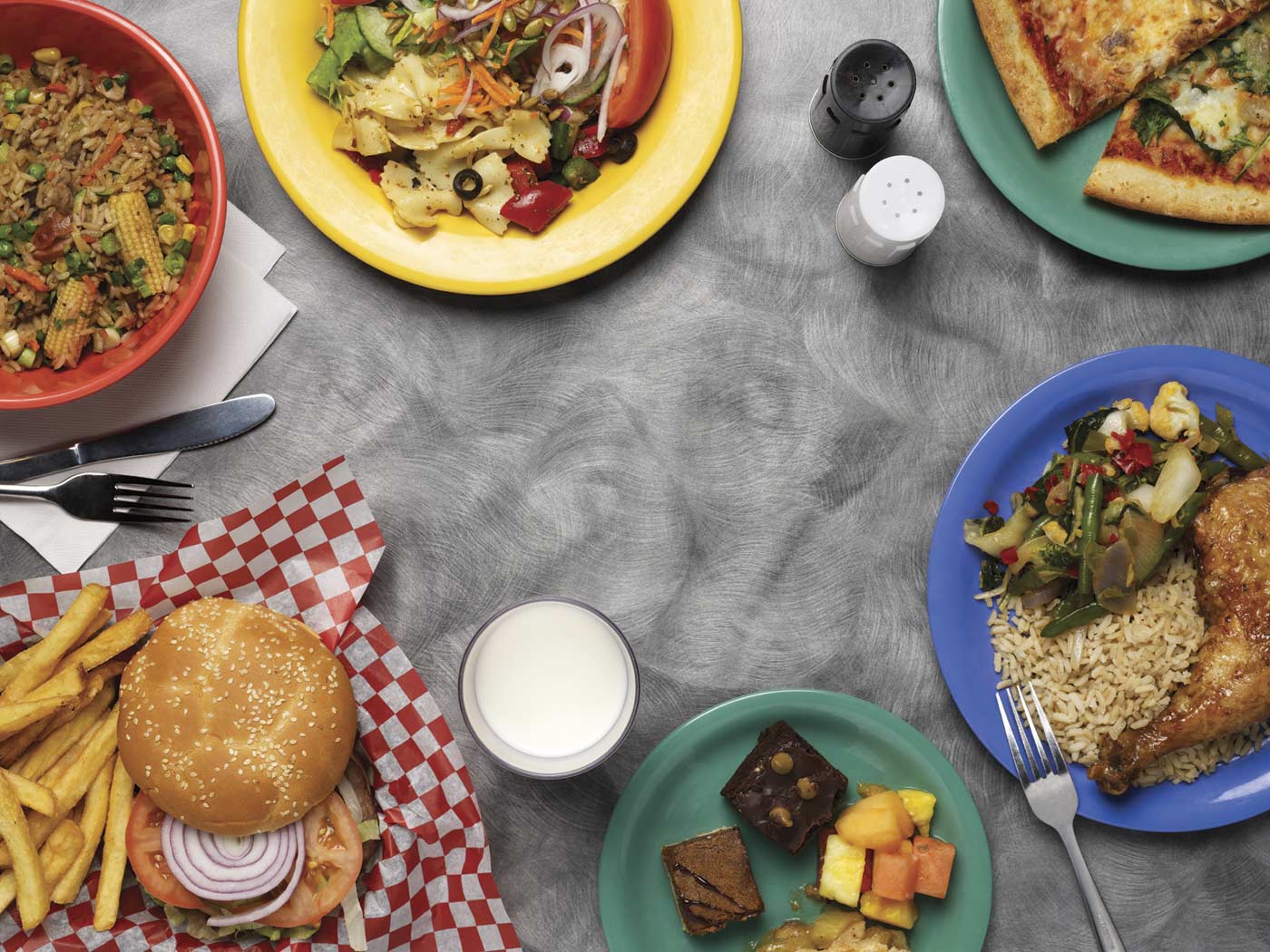 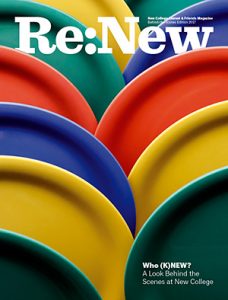 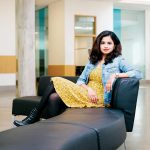 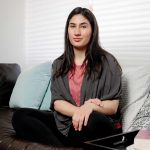 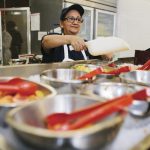 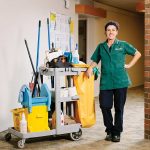 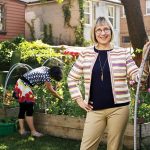 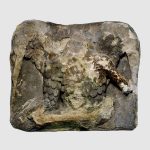 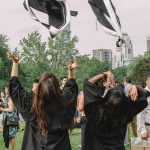