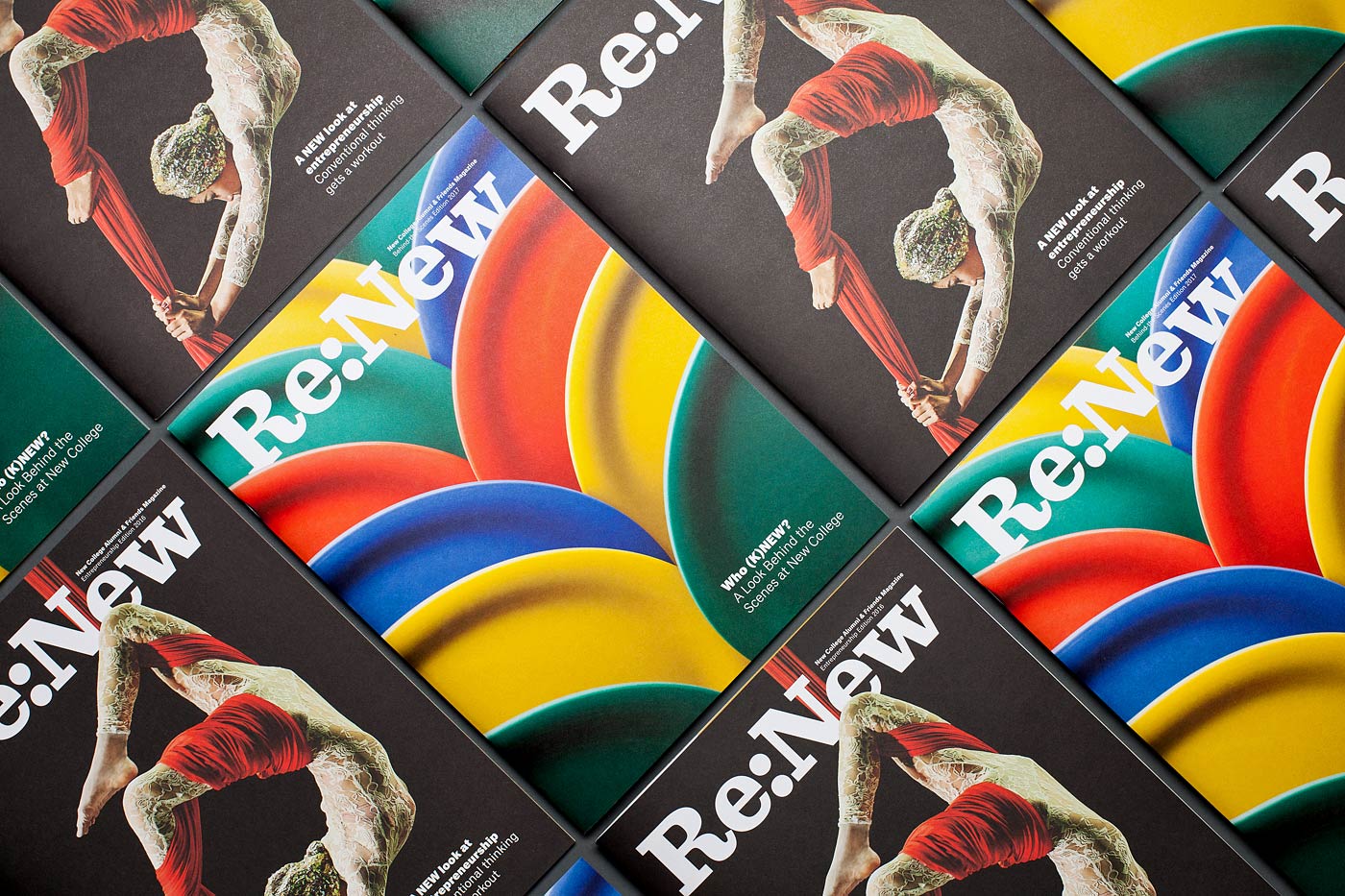 Re:New is the alumni and friends magazine of New College at the University of Toronto, published annually by the Office of Advancement at NEW. First imagined to mark the college’s 50th anniversary, the magazine — ever expanding and reinventing itself — is now in its fifth year. It’s an occasion we thought merited another innovation: a website for Re:New, allowing more readers to interact with our content. The site is a work in progress, so come back often to check on new additions.

We’re really interested in your thoughts about both the magazine and the website — what you like, what other elements you’d enjoy seeing, where you think we could improve or if you’d just like to say hello. You can send us an email to get in touch.

Founded in 1962, New College is one of U of T’s younger colleges, as well as one of its largest. Home to more than 5,000 students and about 27,000 alumni, New College today is well known for programming dedicated to community engagement and social justice. It also houses the program in Human Biology and the Women and Gender Studies Institute, and offers academically qualified international students a pathway to the University of Toronto through the International Foundation Program (IFP). A strong sense of community prevails at NEW that includes current students and alumni, faculty and staff, as well as a wide range of community partners. Alumni and friends play an essential role in the college’s ongoing development and transformation: You can stay in touch through a host of special events and lectures, our extremely popular and successful mentorship program and through gifts.

How It All Began

New College came into existence following the approval of a proposal by University of Toronto President Claude Bissell for a new system of residential colleges at the university. At first to be called New King’s College, the college soon decided on the shorter New College as its name. It originally accommodated its students in temporary residences on St. George Street until it got its first permanent building in 1964 — what is now Wetmore Hall. A second, equally serpentine structure followed in 1969 (Wilson Hall), with a third added across the way at 45 Willcocks Street in 2003.

New College was the first to provide a home to students from all faculties, as well as the first to integrate residential, academic and administrative functions within one building. Originally built in a single architectural style and constructed around a central quad, the college’s features mirrored those of New College in Oxford, England. In fact, the remains of a medieval stone angel from the original structure of the Oxford college now grace Wetmore Lounge.

New College students were also the first to introduce something else — a college mascot. Goliath made his first appearance at NEW in 1979, purchased for $50 by a group of NEWtonian friends. Originally resembling a dog, Goliath has since gone through four iterations (and a history of kidnappings), now proudly presenting the spirit of New College as a wildebeest (or gnu).

Do you have stories (or photographs) of your own about New College?

Let us know. And thanks for stopping by!